The design for S House, on a busy street in Palo Alto, began with the decision to remove most of the existing home. With this clean slate, key concerns could be addressed. Among them:
-       Sound and how the front of the house relates to the street.
o   Being very busy, noisy and not where one would choose to congregate, the front façade became a wall in four elements to be a buffer to the house behind.
o   #1 – a 2 car garage, #2 – a walled garden courtyard through which you enter, #3 – a thicker wall and a sound resistant window at a study, #4 – a thicker wall and a closet all along this front wall to shield a guest bedroom
-       Light, height and vaulted ceilings
o   Lot’s of natural light was desired so the major gable roof is vaulted. The vault gives volume, height and spaciousness. Ridge skylights and gable end windows bring in much light.
-       Passive solar + ventilation.
o   Given the solar orientation, neighboring trees and a tight lot making it difficult to reorient the roof slopes for better exposure, ridge skylights were chosen to provide passive solar heating and cooling. Given the sun path’s direct all day exposure in summer, the challenge became sizing the skylights to reduce the solar gain. And, provide a way to release heat build up. This is done with high gable end windows. To complete the natural convection path, cooler air is drawn from low windows around the koi pond in the courtyard and patio doors to the back with its pool.
Before: 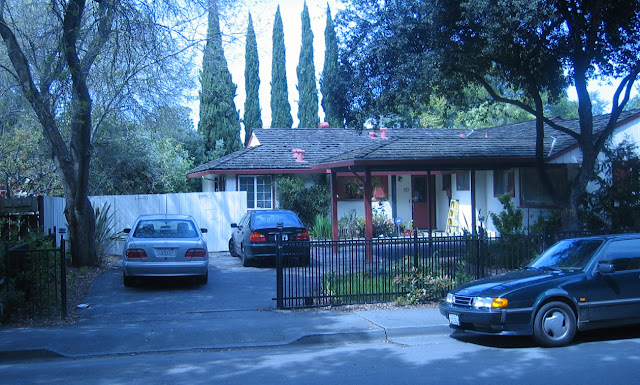 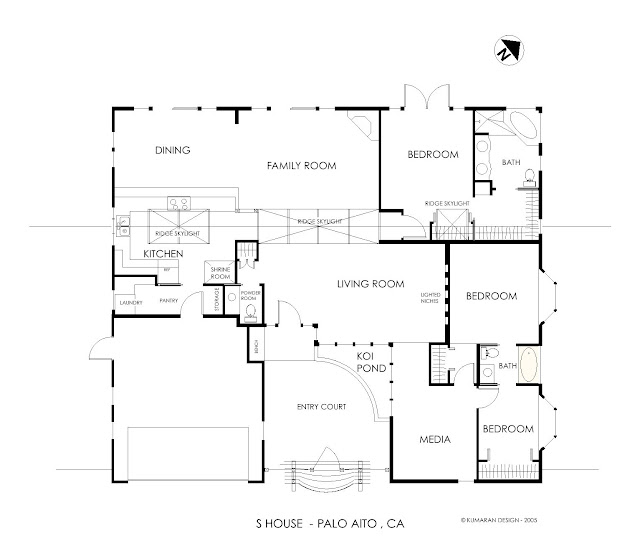 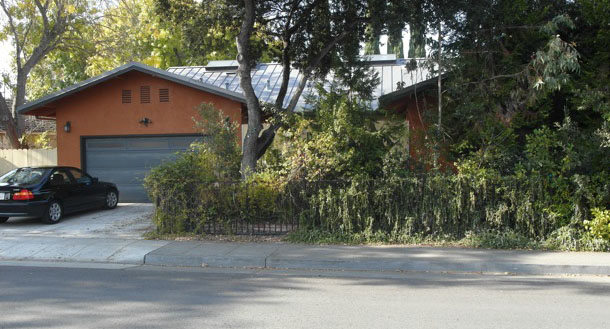 Posted by Kumaran Design at 10:39 AM No comments: